The brand-new v2.0 firmware for Nikon’s mirrorless flagship camera system, Z9, is adding so many features that it’s almost as if the camera has transformed into a Nikon Z9 Mark II. For cinematographers, the most exciting new feature is Nikon Z9’s 8K 60FPS RAW mode, enabling N-RAW recording at 8.3K 60p and 4.1K at 120p (full-frame). If the Nikon Z9 wasn’t already a professional cinematography behemoth, it sure is with firmware v2.0.

8K 60p RAW capture pushes the Nikon Z9 to its absolute limit, capturing incredible amounts of data for the camera to process at a blistering rate. The good – and to many, surprising – news is that the Nikon Z9 can handle that with the latest 2.0 firmware. However, many users are likely to encounter a problem they haven’t had before: storage limitations. In this post, we’ll take a look at what CFexpress Type B memory cards are up to the task of Nikon Z9’s 8K 60p RAW capture mode. Does your memory card have what it takes?

As per Nikon’s official specifications, the data rates for Nikon Z9’s H.265 10-bit capture mode top out at a modest 400 Mbps (50 MB/s) in 8K 30p and 4K 120p, meaning that any memory card that can handle sustained write at 50 MB/s or higher should be able to keep up without dropping frames.

The much-anticipated 8K 60p N-RAW capture mode finally brings RAW 12-bit 8K capture in 60 FPS to the Nikon Z9. This is not only where video quality truly pushes the Nikon Z9 to its limit, but also where you start seeing data rates that push even powerful CFexpress cards to – or beyond – their limits. With sustained data rates at up to 750 MB/s, the Z9’s new 8K 60p N-RAW mode fills up the buffer in no time, requiring performant high-capacity CFexpress storage.

Nikon Z9 firmware v2.0 introduces ProRes 422 HQ capture in up to 12-bit 4.1K 60p. Capturing video in that mode means higher quality capture than with H.265, but at the cost of much higher data rates – up to 300 MB/s, or over five times the data rate of shooting 10-bit H.265 with Nikon Z9. In other words, already with ProRes 422 HQ capture, we’re looking at required sustained data rates beyond what bargain-bin memory cards can handle without issue. Getting a CFexpress Type B card with enough performance to handle Nikon Z9’s new N-RAW and ProRes 422 HQ capture modes is crucial if you want to avoid dropped frames and unexpected slowdowns. The math is simple, if you’re shooting with a data rate of 750 MB/s, you will start running into trouble as soon as the camera’s internal buffer is full – unless it can flush data to your memory card at the same rate. That means a minimum of 750 MB/s sustained write – or 300 MB/s if you’re shooting with the new ProRes mode.

One challenge you may encounter is that some CFexpress cards only display their maximum read and write speeds, making it difficult to assess whether or not their sustained speeds are up to the task. Generally speaking, cinematography-focused cards offer higher sustained speeds, but 750 MB/s is a high ceiling that even many premium cards fail to meet. Cards with high max (burst) speeds may work well enough for still photos, but unless they also offer high sustained speeds, they won’t be able to keep up with high-bitrate video capture as soon as the buffer fills up.

Another factor to take into account is storage capacity. With a fast but low-capacity card, you’ll run out of storage in no time. For example, a 120 GB CFexpress Type B card will be full after less than three minutes when you shoot with a data rate of 750 MB/s. With a 1TB card, you can shoot for almost 23 minutes before you have to swap to another card or offload your footage.

As a company with a wide range of cinematography-focused CFexpress cards across our Nitro, Essential and Element product lines, we thought it would be a good idea to see exactly what cards can keep up with the Nikon Z9’s new N-RAW and ProRes capture modes. Both as a stress test for our cards and as real-world-verified guidance for Nikon Z9 users. This is what we found:

Unsurprisingly, our tests confirmed that the new N-RAW 12-bit 8K 60p is magnitudes more demanding than the old H.265 and ProRes capturing modes. The sustained write speed we saw in our testing tended to hover around 720 to 730 MB/s, which lines up with our expectations.

Now, for the important part: which cards held up under this sustained data load? First out is our flagship Nitro CFexpress, currently available in 512 GB capacity and with higher capacities coming soon. It’s rated for 1,700 MB/s sustained write by Exascend and was the first CFexpress Type B card on the market to pass the extremely stringent VPG400-certification, which guarantees video performance in excess of 400 MB/s under a myriad of operating conditions.

Spoiler alert: it passed with flying colors. And so did the coming higher-capacity configurations we have in the lab as well. Next up was our Essential lineup of CFexpress cards. Offered in a wide range of capacities and featuring our patented performance-enhancing technologies, the Essential series delivers serious cinematography performance that should be able to keep up with N-RAW. However, there’s one outlier: we have only rated the 128 GB-configuration for 450 MB/s sustained write, so it making the cut would be a huge surprise.

This is what our testing found:

Unsurprisingly, all Essential series cards with rated sustained write speeds in excess of the Nikon Z9’s 750 MB/s sustained data rate passed the test, whereas the lower-rated 128 GB configuration didn’t. Since the 128 GB Essential CFexpress uses the true storage capacity of the TLC NAND flash rather than using a higher storage configuration run in pSLC mode, it’s an affordable lower-capacity CFexpress Type B card, but it comes with a lower sustained write speed. For most capture modes, 450 MB/s is more than enough, alas the N-RAW 12-bit 8K 60p mode was more than it could handle. Our new entry-level Element series CFexpress Type B lineup was designed to bring many of our cinematography-focused features and technologies to a lower price point without sacrificing too much performance. It comes in three capacity configurations: 1 TB, 512 GB and 256 GB, where the 256 GB configuration, much like the Essential series’ 128 GB configuration, is rated for 450 MB/s sustained write.

Here’s how they held up:

With the Nikon Z9’s latest ProRes 422 HQ 12-bit 4.1k 60p mode, we can keep it short, so we’ll do just that. We found that the data rates hovered slightly above 250 MB/s, which should make it an easy format to handle for each of our cards since even the cards with the lowest sustained write performance offer speeds far in excess of 250 MB/s. And it was.

Here’s how our cards did:

Result: Each of our CFexpress cards could handle Nikon Z9 ProRes 422 HQ 12-bit 4.1K 60p without any issue, easily keeping up with the capture mode’s modest data rates.

The result of our testing lined up with our expectations: any Exascend CFexpress card with a sustained write speed in excess of 750 MB/s was more than capable of keeping up with the new Nikon Z9’s N-RAW 12-bit 8K 60p capture mode.

However, it should be noted that Exascend cards use proprietary technologies such as Adaptive Thermal Control™, which mitigate the risk of rising temperatures in the system causing fluctuations in the write speed. While looking for a CFexpress Type B card with a sustained write speed over 750 MB/s is a good place to start, whether they hold up for long-term continuous capture in Nikon Z9 also depends on how well they can deal with the heat generated inside the system and inside the CFexpress card throughout a shooting session.

Something else to take into account is that high data rates translate into storage that fills up fast. While, for example, the Exascend Essential CFexpress 256 GB can handle N-RAW’s high data rate, it would be full after just shy of 6 minutes of continuous capture. For long shots and for avoiding constantly switching or offloading cards, higher-capacity cards like the VPG400-certified Nitro CFexpress 512 GB or the 1 TB Essential and Element CFexpress cards are probably better alternatives. 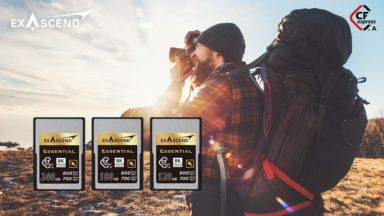 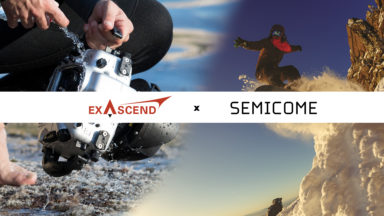 Exascend enters a new partnership with South Korea-based distributor Semicome, Inc. With the partnership, Exascend will expand the availability of its cinematography-optimized memory cards further across South Korea. 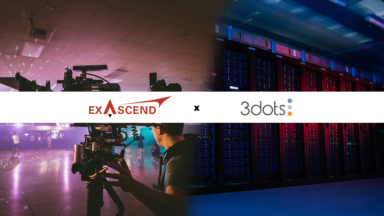 This website uses cookies to improve your experience while you navigate through the website. Out of these, the cookies that are categorized as necessary are stored on your browser as they are essential for the working of basic functionalities of the website. We also use third-party cookies that help us analyze and understand how you use this website. These cookies will be stored in your browser only with your consent. You also have the option to opt-out of these cookies. But opting out of some of these cookies may affect your browsing experience.
Necessary Always Enabled
Necessary cookies are absolutely essential for the website to function properly. These cookies ensure basic functionalities and security features of the website, anonymously.
Functional
Functional cookies help to perform certain functionalities like sharing the content of the website on social media platforms, collect feedbacks, and other third-party features.
Performance
Performance cookies are used to understand and analyze the key performance indexes of the website which helps in delivering a better user experience for the visitors.
Analytics
Analytical cookies are used to understand how visitors interact with the website. These cookies help provide information on metrics the number of visitors, bounce rate, traffic source, etc.
SAVE & ACCEPT
Powered by

Send us an inquiry